OK, we have to exempt from the “worst” list those that are sitting in front of air conditioning exhausts, but this is just awful: 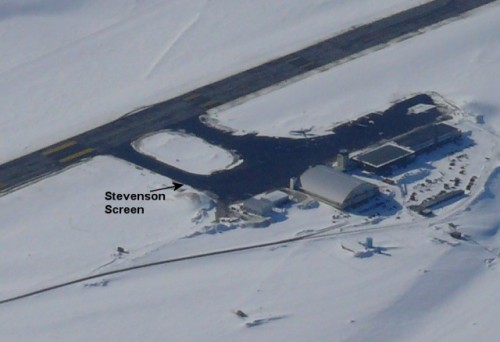 The natural environment for millions of acres around this site in Russia Norway is reflective snow cover, so the temperature station is on black asphalt.

14 thoughts on “Possibly the Worst Siting I Have Seen”