If one wonders why the climate alarmist movement is suffering from a credibility problem, one only needs to read this:

Climate change is already having “pervasive, wide-ranging” effects on “nearly every aspect of our society,” a task force representing more than 20 federal agencies reported Tuesday.

“These impacts will influence how and where we live and work as well as our cultures, health and environment,” the report states. “It is therefore imperative to take action now to adapt to a changing climate.”

The group is led by the White House Council on Environmental Quality, the White House Office of Science and Technology Policy and the National Oceanic and Atmospheric Administration.

It is made up of representatives from more than 20 federal agencies, departments and offices, including the Department of Commerce, the National Intelligence Council, the National Aeronautics and Space Administration and the Pentagon. That’s diverse – and it’s definitive.

Seriously?  I love how the author says “it’s definitive.”  If the Bush White House had gotten all the same groups together 8 years ago to say that Islamic terrorism was the greatest threat ever faced by every Federal Agency, would that have been “definitive” too? (In fact, exactly this happened, as every department made a pitch for why they needed new security funds).

LOL, let’s see, I will go to a Federal Agency, and tell them that their funding is flat but that they can get more funding, potentially, if any of their problems are caused by climate change.  I wonder how many will then blame all their problems on climate change?  Anyone who has studied the government for 12 seconds will know that government departments are more than happy to pitch all their efforts in the context of the boogeyman de jour, whether it be terrorism or climate change, if doing so will get them some extra bucks in the appropriations process.  If the guy handing out goodies says “I really, really care about X,” then do you really think the Department of Whatever is going to say that X is irrelevant to them?

Here are some of the devastating non-trends in US Climate: 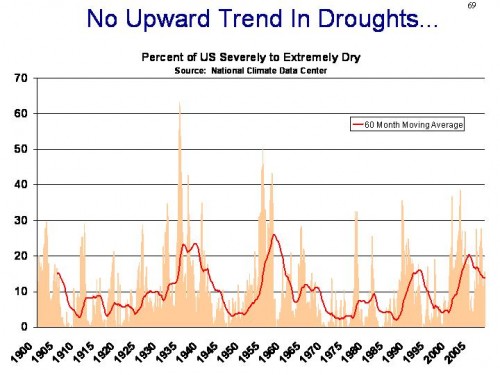 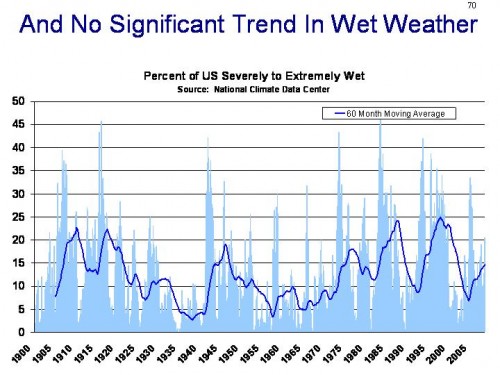 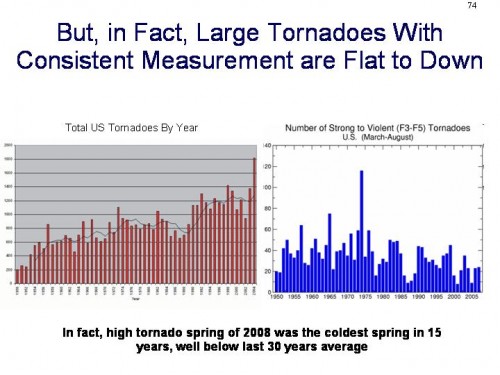 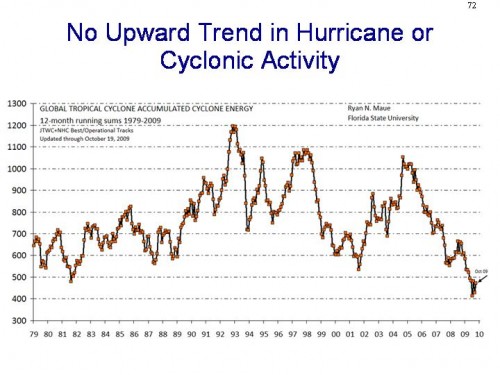