I wish.  This is Rock Creek Lake, California, on May 20, 2010.  In a normal year our campground there would have been open a month ago. 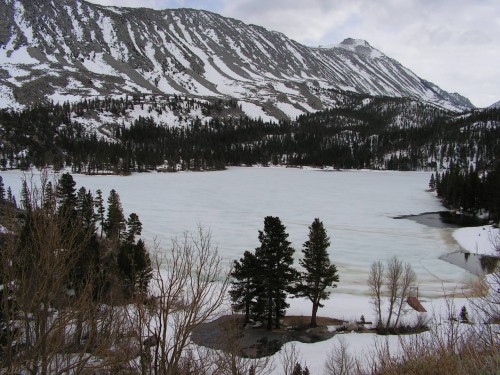 Postscript:  Save the “weather is not climate” lectures in the comments.  I understand.