From an interview with Judith Curry

They don’t disprove anthropogenic global warming, but we can’t airbrush them away. We need to incorporate them into the overall story. We had two bumps—in the ’90s and also in the ’30s and ’40s—that may have had the same cause. So we may have exaggerated the trend in the later half of the 20th century by not adequately interpreting these bumps from the ocean oscillations. I don’t have all the answers. I’m just saying that’s what it looks like.

The bump in the 90’s is important because its slope is considered exhibit A in the evidence for strong anthropogenic global warming by alarmist scientists.  Climate scientists have argued that the “bump” is so steep that it could not be natural and has to be man made.

I am not going to diss on Ms. Curry, as she is in the minority of climate scientists who don’t treat scientific disagreements as proof of evil conspiracies.  I often say that reasonable people can disagree, and she seems to approach scientific debate in this manner, rather than as a quest for religious conformity.

However, how much of a pass do we really give climate scientists for missing something so obvious as ocean cycles, particularly since even untrained amateurs like myself have been pointing out this omission for years.   For example: 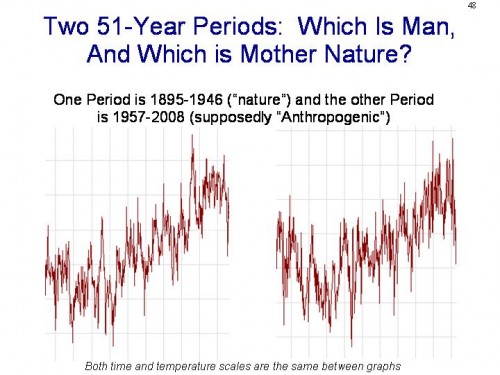 Hmm, the 90’s seem suddenly less unprecedented.  In fact, from here, there seem to be a lot of bumps:

In fact, one can model past temperatures as a linear trend  (that started well before CO2 was added in any substantial quantity) and periodic bumps 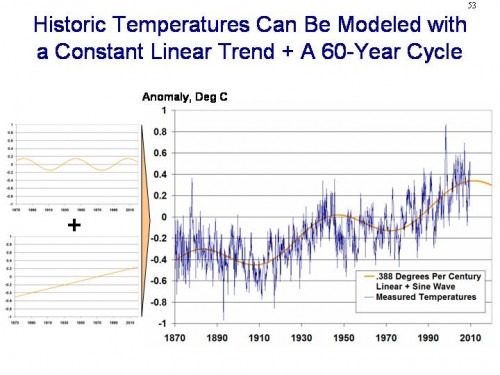 I wonder what periodic effect could be causing the bumps? 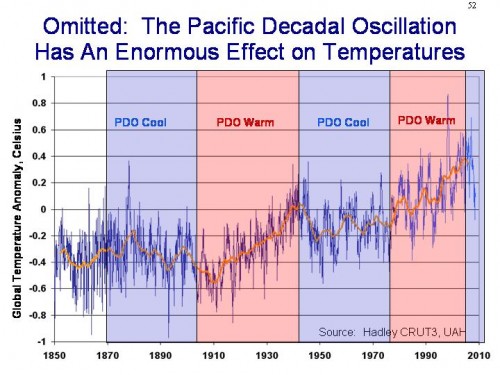 Even leaving out the AMO and other cycles and just simplifying to the PDO, it sees that ocean cycles might be important.  Again, temperatures over the last 100+ years look a lot like a linear trend plus ocean  cycle-driven bumps 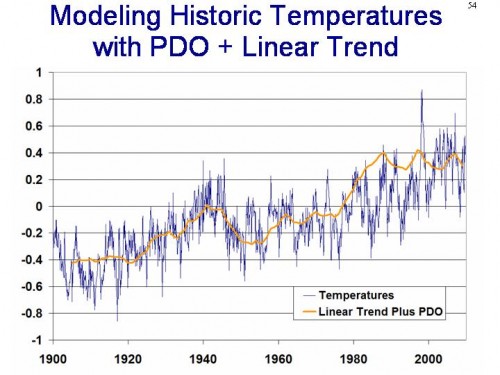