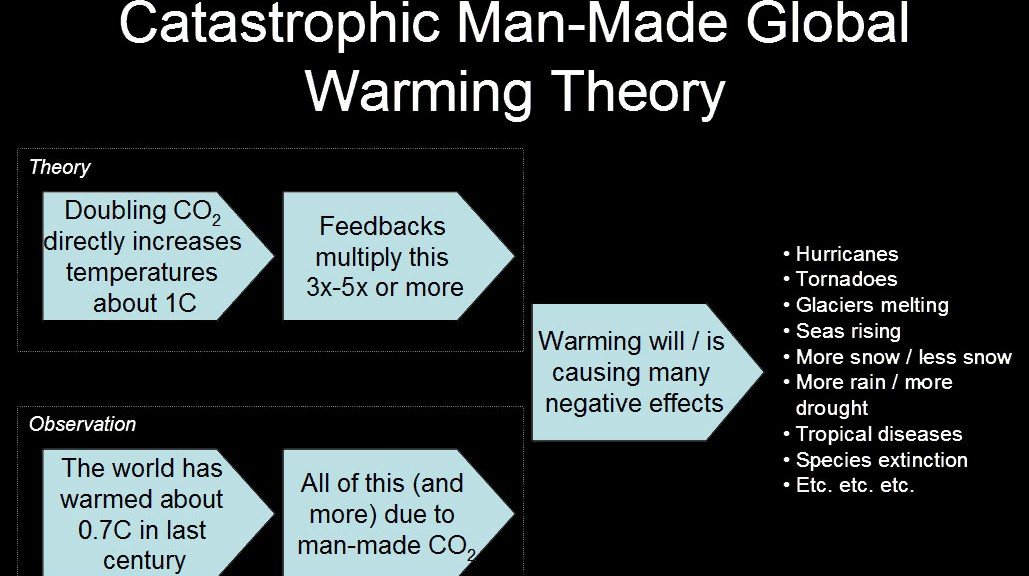 I am a “lukewarmer”, which means a skeptic that agrees that man-made CO2 is incrementally warming the Earth but believes that the amount of that warming is being greatly exaggerated.  In addition, I believe that the science behind evidence of current “climate change” is really poor, with folks in the media using observations of tail-of-the-distribution weather effects to “prove” climate change rather than relying on actual trend data (which tend to show no such thing).

I have written two articles at Forbes.com summarizing this position and the debate.

Denying the Catastrophe: The Science of the Climate Skeptic’s Position

One thought on “Layman’s Primer on the Climate Skeptic Position”