I am happy to see Anthony Watt has done this analysis, and he does indeed find that, at least for the last 20 years or so, that the leading surface and satellite temperature measurement systems are showing about the same number for warming (though by theory I think the surface readings should be rising a bit slower, if greenhouse gasses are the true cause of the warming).  The other interesting conclusion is that the amount of warming over the last 20 years is very small, and over the last ten years is nothing. 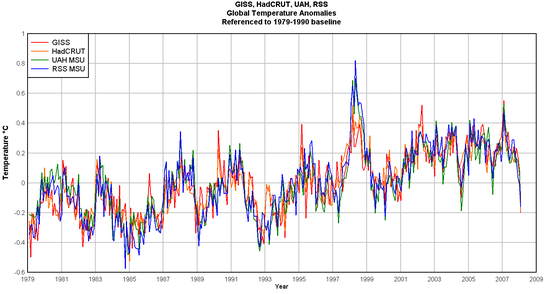 21 thoughts on “Something I Have Been Saying for a While”